History of Bitcoin – Journey from Dust to Gold Dust

As promised in the last article, that we will surely cover the History of Bitcoin rise, here we go.

Bitcoin as you recently witnessing, was not always same; it has travelled a long journey before reaching these peaks. With the ebb and flow, Bitcoin’s journey has been a great tale to tell your grandchildren.

The Bitcoin’s journey started in the year 2009, when someone named Satoshi Nakamoto invented it. However, nothing much is known about the person and where he/she belongs from. It’s the pseudonym given to the person who invented it.

Here’s a timeline of History of Bitcoin  Value:

READ  A Guide to Cryptocurrency - Infographics 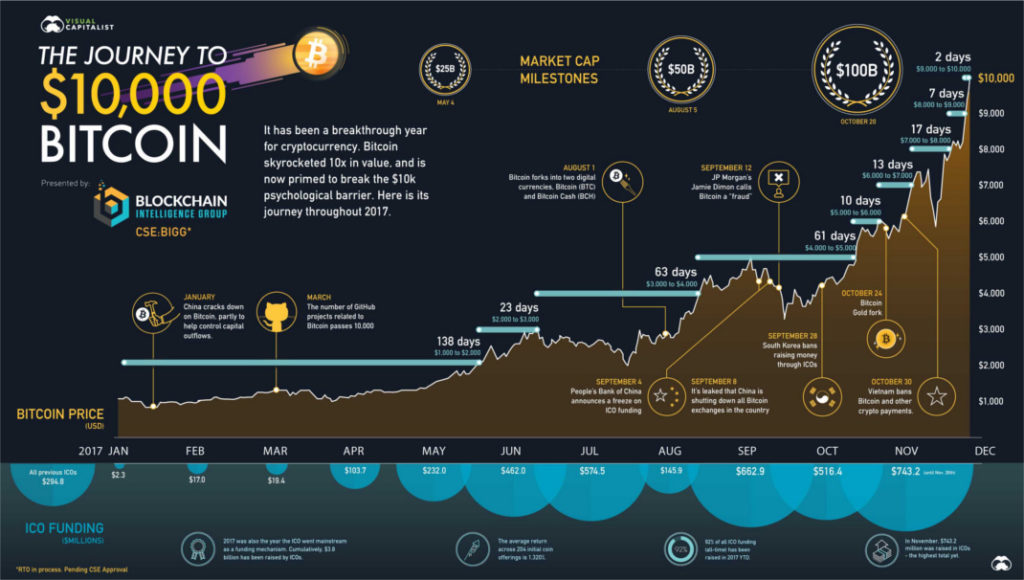 The History of Bitcoin journey and value has always not been a pleasant one, with several bans and several approvals playing an important role in its price fluctuations. Many a times, it was subjected to theft, which pushed down its value. However, the world is recognizing its potential and many countries are adopting it as a method of payments.

An Interesting Fact
A person named ‘Laszlo Hanyecz’ bought a Pizza in 2010, by paying 1000 Bitcoins on 22nd May. Now, can you calculate the price of a Pizza as of today’s Value. Its whopping $8000000! He must be regretting at his decision, now! Poor Guy! This Day is now being celebrated as #BitcoinPizzaDay!

33 Cryptocurrencies Described In Four Words Or Less
What are Altcoins? Everything you wanted to know!
What is Cryptocurrency used for? Who Uses Cryptocurrency
ICOs, Initial Coin Offerings – Know all the Details!