Bitcoin, as you know, is the digital currency, which can’t be stored anywhere in your locker or any wallet in safe. Being a digital currency, the approach towards its storage must be completely different from what you follow in the case of the physical money.

In a way, Bitcoin can’t be stored anywhere. In fact, is the private keys which need to be stored and kept as safe, for keeping the Bitcoin safe and secure. To avoid any theft, it’s the combination of the sender’s key and receiver’s key which needs to be used to make any Bitcoin transaction possible. Thus, to keep the Bitcoin keys safe, the Bitcoin wallets have been launched which allow securely keep our Bitcoin safe.

For the purpose to keep Bitcoin safe, the Bitcoin wallets of different kinds have been introduced, which can be used to store Cryptocurrency coins safe (depending on the needs, safety level, convenience, and accessibility etc). Let’s take a look:

The safest way to store Bitcoin amongst all Crypto Wallets or Bitcoin Wallets, the paper wallet is a document, which contains a public address of Bitcoin, which can be used to receive Bitcoin along with the private keys, which can be used to transfer the Bitcoin. Printed in the form of Q code and thus offering the easy scanning to add the keys and make the transaction.

Since the Paper Wallet isn’t available online; the risk of any online theft gets eliminated. However, you need to keep it very safe and secure and should take all measures so that it remains safe with you and don’t lose it.

The websites which offer Paper Wallets are 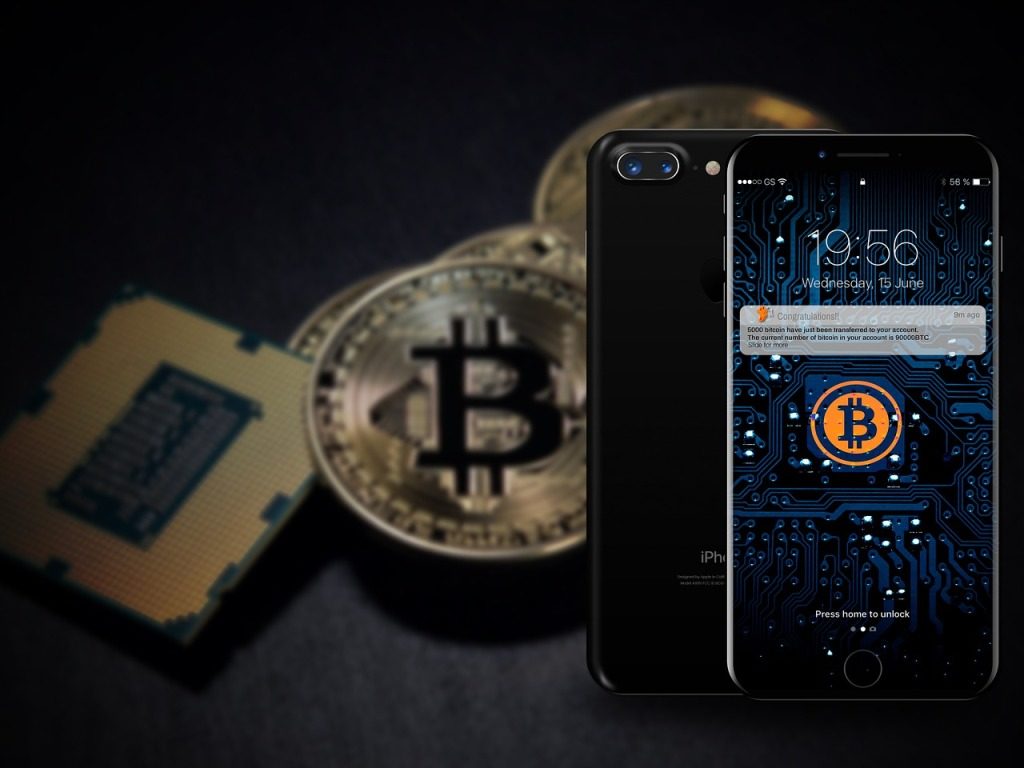 For those, who are active in their Bitcoin transaction and like to have the access to the Bitcoin all the time, it’s the need of the Mobile Wallet for Bitcoin. The Bitcoin Mobile Wallet is an app, which runs just like a mobile app, and thus allows you to store your private keys and thus offering the users to make the transactions as and when needed.

The examples of some famous names for Bitcoin Mobile Wallet are

Bither available on Android and iOS

BRD available on Android and iOS

BTC.com available on Android and iOS

Edge available on Android and iOS

Web Wallets are the Bitcoin storage facility, where the keys are stored on a server of the companies offering such services. This Bitcoin Web Wallet as Crypto Wallets allows users to have access to the Bitcoin any moment of time and can carry out transactions at will.

However, the web wallets pose a higher risk, as the companies may get an access to the private keys and can run away with all the Bitcoin. Even, the hacking is possible through the server of the companies and thus storing your valuable Bitcoin at Web Wallet isn’t a safe way!

Some of the Bitcoin Web Wallets are

Desktop Wallet is another way to store Bitcoin, which is considered a safer alternative to the Web and Mobile Wallet as Bitcoin Wallets. These wallets are downloaded and stored at the computer and thus you will be storing all your private keys in the hard drive of the computer.

They are secure but still vulnerable as the computers are often connected through the internet. Even, in case the hard disk gets troubled, the chances of losing your private keys increase. Still, the Bitcoin Desktop Wallets are considered a safer and better way to store Bitcoin, if you are a small trader and like to trade in Cryptocurrency coin, more often!

Some of the famous Desktop Wallets are

Armory available on Windows and Linux

A hardware Wallet is a way to store your private keys in a secure hardware device, which is considered as the most secure and safe way to store any amount of Bitcoin. They act as a pen drive in most instances, however, there are some Bitcoin Hardware wallets which have the screens.

These Hardware wallets come as the safest method to store Bitcoin and the software used in the open source and with the extra layer of protection which accompanies in the screen based hardware wallets, you can verify the wallet details and can also generate recovery etc.

Some of the most famous Bitcoin Hardware Wallets are

Yes, the world of Cryptocurrency has evolved to the further step, and you can now store your Bitcoin in a physical form. Physical Bitcoin is usually pre-loaded with the fixed amount of Bitcoin and appears either in the form of the Credit Cards or as round metal. They are made in such a way that its value remains till the time the private keys remain hidden through the tamper evident seal, which upon redeemed, losing the entire value.

There’s a bank called Bitcoin Crypto Bank, which is a private bank, with the deposits of Bitcoin being allowed and also operate on the Bitcoin trade market process, based on market fluctuations. Also, they offer a high chance of huge profits and claim to be secure and certified for investment.

Depending on your needs, and the value of Bitcoin you want to make safe, you must make a decision to opt for the safest ways to store Bitcoin!

What are the Best Bitcoin Wallets?